Wakehurst Place, recently rebranded as “Wakehurst”, is a house and botanic gardens in West Sussex England, owned by the National Trust but used and managed by the Royal Botanic Gardens, Kew. It is near Ardingly, West Sussex in the High Weald (grid reference TQ340315), and comprises a late 16th-century mansion and a mainly 20th-century garden, and Kew’s Millennium Seed Bank, in a modern building. Visitors are able to see the gardens, the mansion, and also visit the seed bank. The garden today covers some 2 square kilometres (500 acres) and includes walled and water gardens, woodland and wetland conservation areas.

RBG Kew has leased the land has from the National Trust since 1965 and much has been achieved in this time, from the Millennium Seed Bank project and the creation of the Loder Valley and Francis Rose Nature Reserves to the introduction of the Visitor Centre, the Seed café and Stables restaurant along with the development of the gardens.

Wakehurst Place mansion was built by Sir Edward Culpeper in 1590. It originally formed a complete court-yard prior to being altered various times, and currently has an E-shaped plan. Wakehurst was bought in 1694 by Dennis Lyddell, comptroller of the Royal Navy treasurer’s accounts and briefly MP for Harwich. His son Richard Liddell, Chief Secretary for Ireland and MP for Bossiney, was obliged by financial pressure to pass the estate to his younger brother Charles. 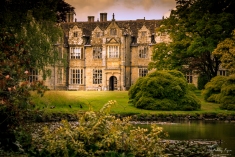 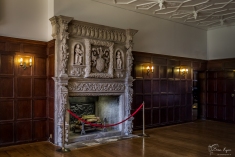 A photograph of one of the many paths at Wakehurst Place. 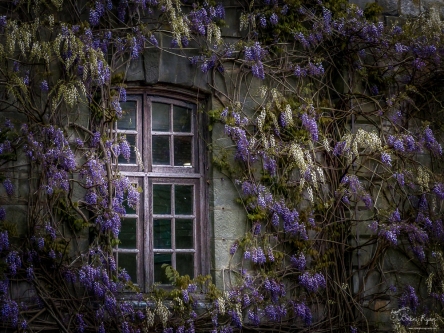 A monochrome photograph of the main house at Wakehurst Place.

Bren Ryan is a female amateur photographer and blogger who along with her husband, Ashley, have created a photography blog called Brashley Photography which showcases the places they've visited on their photography journey. Bren and Ashley primarily concentrate their photographic skills on landscape, architecture and floral subjects. Based in the South East of England they hope to give their readers an insight into the wonderful and beautiful landscapes, buildings and places that the South of England has to offer. Bren also writes on her personal blog Sixty-Something Ramblings, about various topics and likes to participate in Writing Challenges. View all posts by Bren (Brashley Photography)