Inverlochy Castle is a ruined, 13th-century castle near Inverlochy and Fort William, Highland, Scotland. The site of two battles, the castle remains largely unchanged since its construction. It is now in the care of Historic Scotland.

Inverlochy Castle was built circa 1270–1280 by John “the Black” Comyn, Lord of Badenoch and Lochaber, and chief of the Clan Comyn. It may have been built on the site of an earlier Pictish fortification and settlement, which the historian Hector Boece (1465–1536) records as a “city” that was destroyed by Vikings. When Robert the Bruce succeeded to the Scottish throne in 1306, the Comyns, his rivals for the crown, were dispossessed, and the castle was unoccupied for a time. In 1431, clansmen of Alexander MacDonald, Lord of the Isles, defeated King James I’s larger army in the first Battle of Inverlochy, fought close by the castle. It came under control of the Clan Cameron until 1501.

In 1505, the partially ruined castle was granted to Alexander Gordon, 3rd Earl of Huntly, who was charged by King James IV with repairing the castle for use as a Royal garrison. His brother William Gordon, Laird of Gight, became master of Inverlochy, and was slain commanding the Camerons at Flodden. In 1645, the castle served as a stopping-off point for the royalist army of James Graham, 1st Marquess of Montrose during his campaign against the Covenanter forces of the Marquess of Argyll. This culminated in a victory for the royalists in the second Battle of Inverlochy, on 2 February 1645. In the 19th century, the estate was bought by James Scarlett, 1st Baron Abinger, who built a Scottish baronial style mansion to the north-west, which is now the Inverlochy Castle Hotel. Minor enhancements, including the restoration of loops and battlements, were carried out by Lord Abinger in advance of the visit of Queen Victoria in 1873.

The grounds of Old Inverlochy Castle at Fort William

The walls of Old Inverlochy Castle.

The ruins of Old Inverlochy Castle 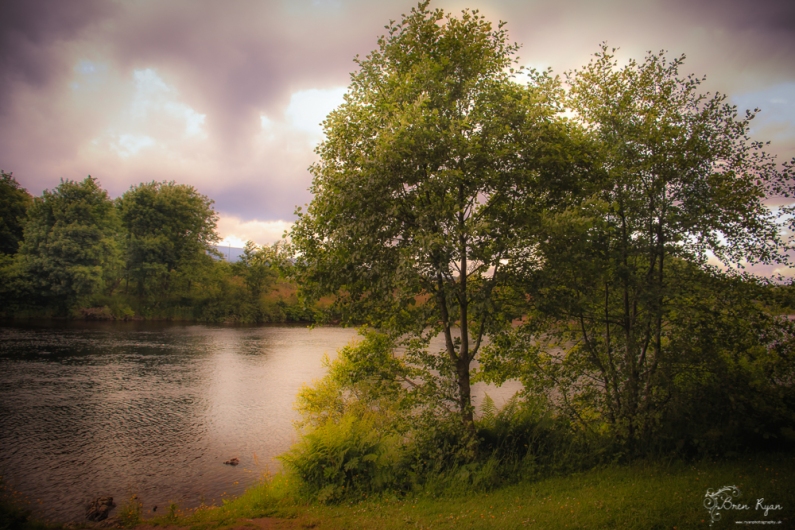