Knole House/noʊl.haʊs/NT is situated within Knole Park, a 1,000-acre (4.0 km2) park located immediately to the south-east of Sevenoaks in west Kent. The house apparently ranks in the top five of England’s largest houses, under any measure used, occupying a total of four acres.  Vita Sackville-West, who grew up there, recounts a legend that it is a calendar house: ‘its seven courtyards correspond to the days of the week, its fifty-two staircases to the weeks of the year, its three hundred and sixty-five rooms to the days of the year, but ‘I do not know that anyone has ever troubled to verify it.  The meticulous planning of a calendar house, certainly does not fit well with the organic growth and reconstruction of the house over more than 500 years.

The current house dates back to the mid-15th century, with major additions in the 16th and, particularly, the early 17th centuries. Its grade I listing reflects its mix of late-medieval to Stuart structures, and particularly its central façade and state rooms. It is currently undergoing an extensive conservation project, to restore and develop the structures of the buildings, and thus help to conserve its important collections.  The surrounding deer park has also survived with varying degrees of management in the 400 years since 1600.
Wikipedia

Deer at Knole in Kent 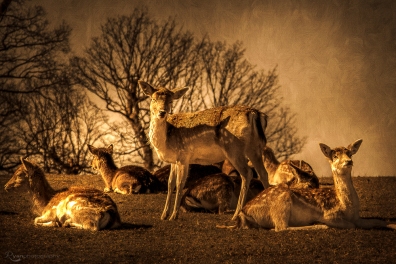