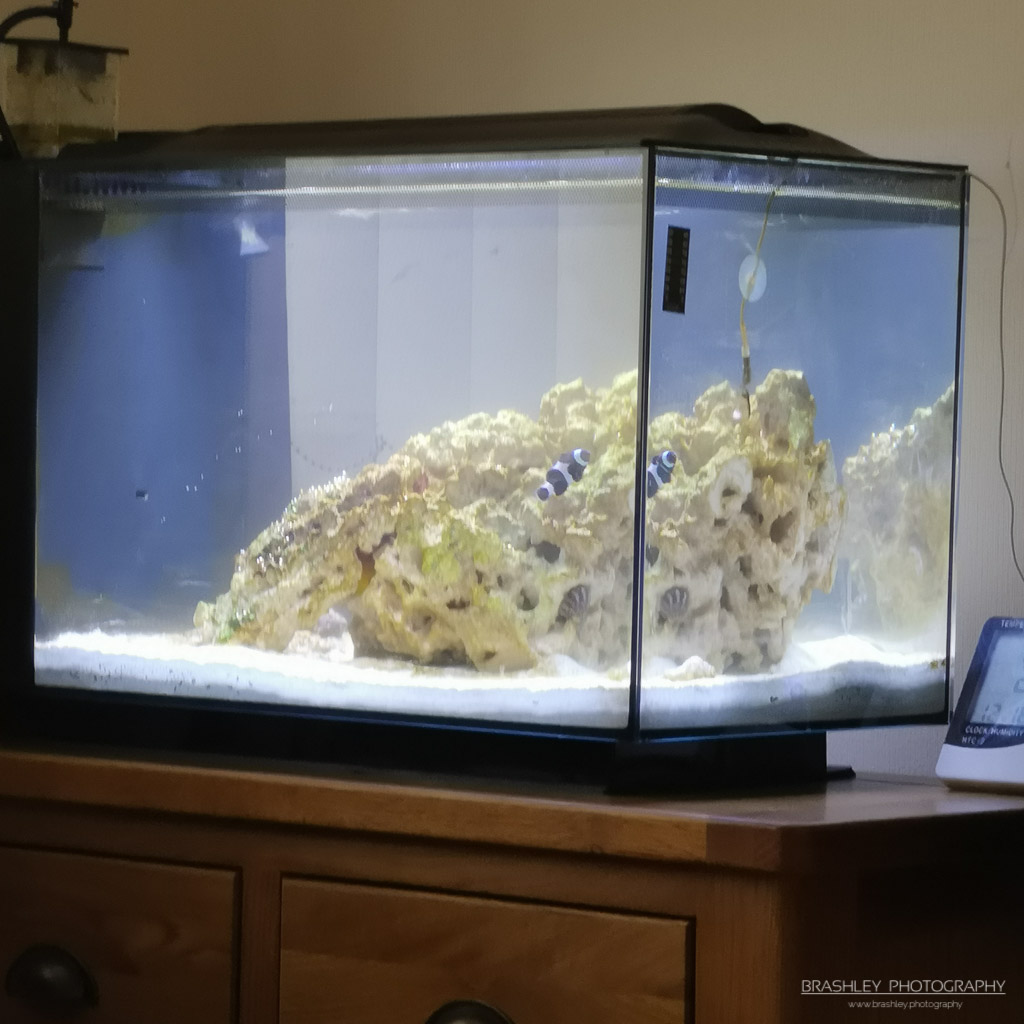 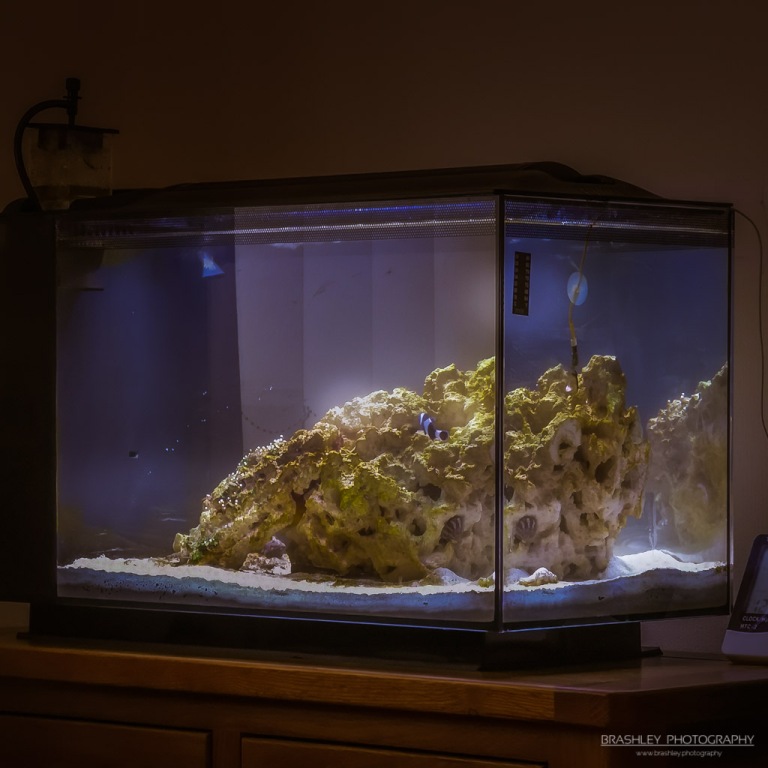 Well, I know my little clownfish isn’t in the sea, and the other fishes want to think thank God she’s in a tank.  Because she is one bully.  We bought two clownfish and hoped they would get along and breed.  By all accounts, they determine with time what sex they want to be.  And the dominant sex, female, is the ruler.

She was growing and becoming more dominant and as the days went on… she was bullying the other clownfish.  We were told they would sort it out.  Unfortunately, they didn’t and the little clownfish died.

Now, we have a Royal Gramma and so far so good.  They get along.  But this clownfish will never be able to accept another clownfish.  She attacks everything.  The magnetic glass cleaner.  The scrubber used to clean the plastic and did try to take on the Royal Gramma but didn’t succeed.  Thank God,  otherwise, that would have been two fish we lost.

Our Royal Gramma lives mainly in the rock arch… but I think she is following in sis’s footsteps they other night, she took on a hermit crab that got too close to her little cave. 😀 😀 😀

So in our little tank, we have two snails… that look like a diplodocus and bury themselves in the sand, two hermit crabs, and two snails…  By all accounts, these are referred to as the Clean-Up Crew for Saltwater Marine tanks.

The fun will be starting in a few weeks.. as we try to introduce a Goby fish and Shrimp if they are already paired up.

Posted as Part of the Friendly Friday Photography Challenge.