On Sunday we took a trip to Sissinghurst Castle… in Kent.  Albeit under protest at the last controversy surrounding the outing of a squire as being gay, which I didn’t approve of.  Anyway, we decided to go and I shot this photograph of some red flowers and wanted to see if I could create a watercolour effect in Photoshop.

I did my usual processing technique and as the photograph was captured by using a macro lens, I had a beautiful depth of field.  Now one thing that I would love to be able to do is paint… but my artistic sills are zilch.. so it was either Photoshop doing the magic or me just accepting defeat and admitting I couldn’t paint a picture to safe my life. 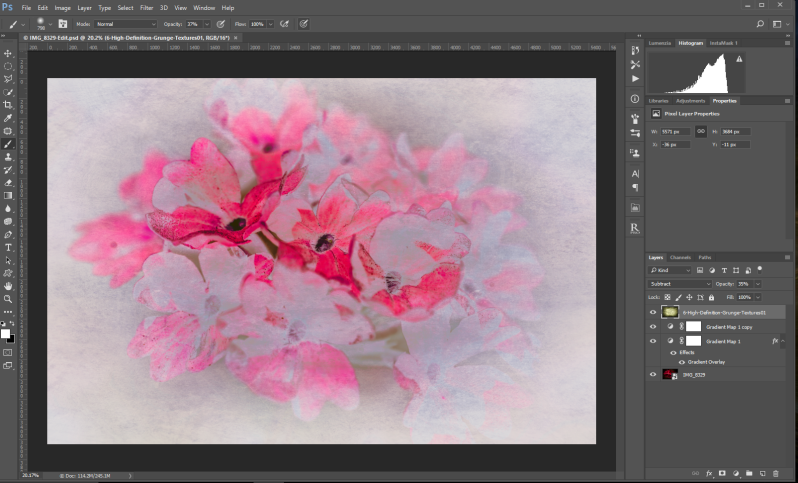 I really like the effect the above steps did to my image.  And it gave me a perfect starting base to work further on this image in Lightroom by applying different Presets.

Using a couple of presets I have saved in Lightroom (as favourites) I then created different versions of this image.  I like the softness this image and how it gave a watercolour effect to the flowers.  Playing around with Photoshop is something I am getting more au fait with and my confidence is growing and I am beginning to experiment more with using different techniques.

Here is a selection of the above image processed with different Lightroom Presets. 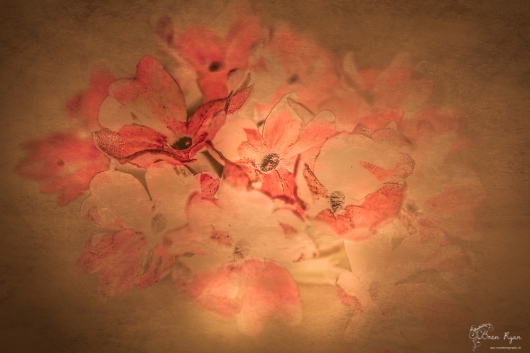 In fact, I could well imagine the golden toned image of my watercolour effect photography, being printed as a metallic wallpaper.